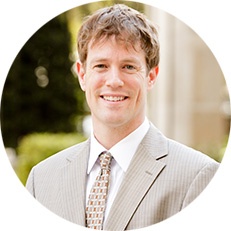 Hiring an appellate attorney can be stressful. You may have won before the trial court, but the thrill of victory fades once you receive the other side’s Notice of Appeal. Perhaps the trial court or jury ruled against you and you need to appeal. Either way, the appellate process often represents your last shot at achieving victory, or your only hope of retaining your initial win.

As a result, choosing the right appellate attorney is crucial.

That’s why it’s important for you to get to know Michael Brownlee, board-certified appellate attorney at Fisher Rushmer, P.A.

Here’s his story – and why it’s important for your appellate case!

Discovering the Passion for Appellate Law

I knew I was going to be an appellate attorney before I graduated from law school. The summer after my second year of law school, I interned at a place called The Public Interest Law Center.

It is basically a wing of Florida State’s law school that helps people with all sorts of different legal issues - for free. The Center is run by an amazing guy named Paolo Annino, who taught me a lot of my first lessons about how to practice law.

During my internship, an appellate issue came up, and I was assigned to handle the appeal. I assisted with the briefing and ultimately handled the oral argument at the Fourth District Court of Appeal in West Palm Beach.

It would have been a truly unique and exciting experience for a young lawyer, much less a law student, and I fell in love with the world of appeals as a result.

This led to a clerkship at the First District Court of Appeal, which at that time was across the street from the law school in Tallahassee.

That sealed the deal for me.

I was able to review briefs, help draft opinions, and sit in with the judges as they deliberated after oral arguments. Seeing how the sausage was made in an appellate court gave me a perspective that still provides value for me as a practicing appellate lawyer a decade later.

By the time I left law school, my heart was in appeals, and I knew that was going to be my focus and passion. I went straight into appellate work, at least as much as I could at a big firm.

When I first came to Fisher Rushmer, there was already a talented attorney handling the firm’s appeals, so I basically pitched in here and there helping as much as I could, but it was nowhere near the experience of handling appeals on my own, which was actually fine at that time in my career. A brand-new lawyer probably shouldn't be doing that much appellate work without someone looking over his or her shoulder.

Appeals are just too important and the process is too complex to completely hand one over to a true rookie.

After getting a few years of experience under my belt, I left Fisher Rushmer for an opportunity to work at a boutique appellate firm. The firm handled appeals and only appeals.

I was with that firm for three years, and practiced appellate work exclusively. We had a ton of federal appellate work, and I was lucky enough to travel all around the country cutting my chops.

Like a moth to the light, I eventually came back to Fisher Rushmer. I returned as an experienced appellate advocate and now handle all the appellate work for the firm.

I'm admitted to all but two of the federal circuit courts of appeal. I've performed oral argument in the Fifth Circuit in New Orleans, the Eleventh Circuit in Atlanta, the First Circuit in Boston, and the Sixth Circuit in Cincinnati.

With federal appellate work, you don't have to be tied to any geographic location. So even though I’m a Florida attorney, as long as I’m admitted to a given federal circuit court of appeals, I can practice there.

Choosing an Appellate Attorney Vs. Your Trial Attorney

The general rule is that trial attorneys should not handle their own appeals.

There are exceptions, but in the vast majority of cases, you should use a different attorney. A fresh pair of eyes is always helpful.

But the real issue is experience.

Most trial attorneys simply don’t have the appellate experience necessary to understand what it takes to be an effective appellate advocate.

Appeals are a whole different ballgame.

Three judges decide your appeal, rather than a jury or a single judge.

I could go on for hours about the differences between trial-level work and appellate work, but suffice it to say, it’s important you use an attorney who navigates the appellate process regularly (and ideally, successfully).

If your trial attorney proposes handling your appeal on his or her own, ask to see a list of their appellate victories in the last few years.

A final thought on the “should my trial attorney handle my appeal” inquiry: the trial attorney who handled your underlying case is going to see it—and likely present it—the same way on appeal (especially if it went well at trial).

That is usually not a good thing.

As they must, trial lawyers focus on trees.  But appellate lawyers deal with the forest.  Even the most brilliant trial lawyers have a tendency on appeal to over-explain details that mattered during the trial proceedings, but don’t on appeal.

This dilutes their best points on appeal. Ask any appellate judge what makes his or her job easier and the answer is some variation of “simplicity.”

Whether you are the appellant or the appellee, every appellate judge wants the same thing from your appellate attorney: to know why you win as quickly and clearly as possible.

This is too much to ask of your trial lawyer, who may have battled through years of contentious discovery, or a two-week trial, or who is emotionally and perhaps financially invested in your case.

Your trial attorney cares desperately about all this and will want to explain everything to the appellate court.

This makes for poor appellate advocacy.

At the very least, a trial attorney thinking of defending or pursuing an appeal should have a consulting relationship with an appellate attorney. This is a service I perform often.

Occasionally an appeal will present a simple legal question with straightforward facts. In this scenario, a trial attorney may be perfectly equipped to handle the briefing and argument, but he or she should have an appellate attorney on speed dial in case a sticky procedural question arises, or just to discuss general strategy.

Many times when I am retained it is by a trial attorney or his or her client for oversight, and to help if anything weird comes up during the course of the appeal

The Most Important Aspect of Handling An Appeal

An effective appellate attorney has to be able to write well, and writing well doesn't mean using fancy words and rhetorical flourishes.

So, it's not only good, clear writing, it's writing with the understanding that people’s attention spans are short, even our learned judges.

And due to the congestion of the appellate courts (particularly in Florida), even judges who might be willing and able to read the extended version of your story don’t have time.

You need to get to the point fast and you need to know your audience.

The Advantage that Fisher Rushmer, P.A. Brings To Appellate Cases

The biggest advantage that Fisher Rushmer brings to appeals: their trial lawyers.

For the most part, I can only argue on appeal what my trial attorney pressed below.  An issue that would have resulted in automatic victory on appeal is meaningless if the trial attorney did not object or bring the issue to the trial court’s attention.

The trial attorneys at Fisher Rushmer are as good as it gets, which makes my life much easier.

Moreover, most appeals are time-consuming and labor-intensive. But this is especially true when appellate counsel has had no exposure to the trial proceedings.

For example, if someone brings me an appeal from a week-long jury trial and I have no familiarity with the case, before I even write a word, I might spend a week or two weeks combing through the record and figuring out what the heck happened, and what's important.

If you are a Fisher Rushmer client, before a case is up on appeal, chances are I have some degree of familiarity with it, either from conversations with our trial attorneys about the appellate implications of one trial strategy versus another, or simply through casual conversation at the office.

Any exposure I have to the facts or law involved in a case before it is on appeal saves the client money, and results in a better product.

What Do You Like Most About Being An Appellate Attorney?

The thing I like most about my work is that it is a very pure form of competition.

On appeal, there is very little room for gamesmanship or procedural shenanigans. The outcome of almost every appeal depends on three briefs, and maybe an oral argument.

Plus, once a case comes up on appeal, the record is what the record is. So, both appellate attorneys make their arguments based on the same world of information. The other attorney has their record, I've got my record, and we'll see who wins.

In addition, I’ve been awarded the Super Lawyers Rising Star award in appellate law in 2016, 2017, and 2018. I also have a Martindale-Hubbell “AV Preeminent” rating, which is nice.

But what I’m most proud of is being a Florida Board Certified Specialist in Appellate Practice.

Only 7% of the attorneys in Florida are board certified in any subject.

In addition to having extensive appellate experience, you have to complete 45 hours of continuing legal education, as well as have 4 appellate attorneys and 2 appellate judges attest to your competence, character, ethics and reputation.

Then you have to pass an 8 hour exam that tests almost every facet of appellate practice to show you are worthy of being dubbed an appellate “expert” by the Florida Bar.

That’s why board certification is so helpful for someone looking for an appellate attorney.

You will know that 80% or more of the attorney’s practice is devoted to appeals, that he or she is respected amongst appellate judges and attorneys, and has been tested on the finer points of appellate practice and procedure.

Board certification takes a lot of the guess-work out of assessing your prospective appellate attorney.

The attorneys at Fisher Rushmer are dedicated to pro bono work. I try to always have at least one pro bono appeal going at any given time.

In addition, I'm a member of the CJA panel (which stands for the Criminal Justice Act) for the Eleventh Circuit and the First Circuit up in Boston.

In CJA appeals, the Court appoints appellate counsel when someone needs an appellate attorney in a criminal case but can’t afford one. It is an honor to be court-appointed counsel, but the rates are very low and usually capped. My CJA appeals cannot be described as fully pro-bono, but they do constitute an important public service.

If you have lost a trial but feel that it is worthy of appeal, feel free to contact me so we can talk about the case in more detail.

I handle both state and federal criminal and civil appeals, and I will be happy to give you my opinion about your chances on appeal and potential outcomes.

Contact me today for a free consultation on your appeal.