Can I Have a Civil Claim for Suffering Injury Due To Assault and Battery?

If you have been injured due to an assault and battery, there may be two different types of claims against the person who injured you, criminal and civil. In a criminal case, the assailant may be prosecuted by the government. If the party is found guilty of assault and battery, he or she may be punished. Punishment may be imprisonment, probation, restitution or other types of punishment as determined by the court. Alternatively, in a civil claim for assault and battery, compensation for the victim’s injuries is the goal of the case, not punishment. As a victim, you may have a civil claim against the person who harmed you for damages sustained due to your injuries. If you succeed in your civil case, you may be awarded compensatory damages from the defendant.

Compensatory damages are intended to reimburse the plaintiff for wrongs done to him or her by the defendant. The court will consider the amount of medical costs, treatments costs, lost wages, loss of household services, the severity of the injury, pain and sufferings and other factors, when determining the amount of compensation due to the victim. Additionally, in some jurisdictions, punitive damages may also be awarded by the judge or jury. The intent of punitive damages is to punish the defendant (financially) for wrongs perpetrated on the plaintiff, in addition to compensatory damages. Punitive damages are not available in all jurisdictions and are awarded by fact finders (judge or jury) at their discretion, based on the facts of the case. It is important to speak to an attorney about pursuing a civil case for assault and/or battery and the types of damages that may be available in your jurisdiction.

What is Assault and Battery?

Assault and battery are actually two separate legal claims. Most commonly, they go together, but they do not have to. It depends on the circumstances of your injuries; you may have a claim for assault, a claim for battery or both. Both claims require that the assailant intended to harm the victim. The harm may be to induce fear in the victim, or actual physical injury. Assault occurs when a victim is threatened with physical injury/violence. The victim must actually fear that physical harm to them will take place. A verbal threat may not be enough to show assault. Additionally, the fear of immediate harm, that the victim felt, must be reasonable for the situation. The court may determine what was reasonable in the situation based on the facts of the case presented to the court.

Likewise, battery is when the injury, in fact, takes place. Battery is most often the result of an assault. When a battery takes place, the assailant does not have to be the person who came in direct contact with the victim. However, the physical injuries sustained must have been caused by the defendant’s actions. It is enough that the defendant’s actions created a situation that caused the victim’s injuries. An example may be if the defendant was playing a practical joke on the plaintiff and as a result of the joke, the plaintiff was physically injured. The defendant did not intend for the plaintiff to be hurt, but did intend the joke, which resulted in circumstances that caused injury to the victim.

DISCLAIMER: This site and any information contained herein is intended for informational purposes only and should not be construed as legal advice. Seek competent legal counsel for advice on any legal matter.

Back to Main
View Archives 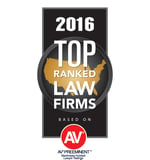